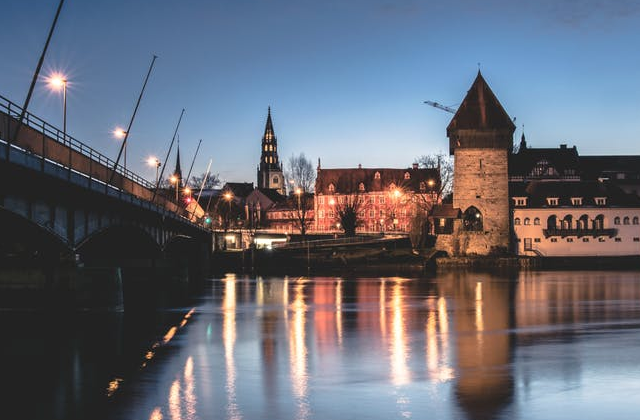 Despite being a relative newcomer on the international film festival scene, the Zurich Film Festival has quickly established itself as a go-to location for stars, filmmakers, and cinephiles around the world.  Running for two weeks beginning in late September, the festival’s 14th edition--which just wrapped on October 7--was the biggest and most successful to date, and the future promises only greater things.

Since the festival’s inception, attendance has grown annually as higher and higher profile films and filmmakers have been drawn to the glamorous, historic, and unique Swiss city and the first-rate experience created by festival organizers.  This year, a very special milestone was reached as total attendance topped 100,000 for the first time.  The 2018 program included an amazing 42 debut works and 12 world premieres among the more than 160 films from 48 countries.  Premiering films included highly anticipated projects from such noted and award-winning filmmakers as Alfonso Cuaron, Damien Chazelle, and Claire Denis, among many others. Zurich Film Festival awards, called Golden Eyes, are given out by critics groups, juries of directors, actors, writers, and other luminaries of film, and even audience vote.  Winners are crowned in multiple categories including international features, documentaries, children’s features, and more.  Past Golden Eyes winners have hailed from countries as diverse as the United States, Uruguay, Iceland, Singapore, and Belgium, testifying to the festival’s truly international flavour. The Zurich Film Festival’s commitment to providing a first-class, high-end experience has gone a long way towards establishing its reputation. From the very beginning in 2005, festival organizers sought to cater to VIPs as well as all festival guests, presenting a broad range of productions from across the spectrum of the film world, from both emerging and well-established filmmakers, in an absolutely premium setting with a focus on audience comfort and enjoyment.  In addition, the annual festival programming includes award presentations, exciting discussions with legendary film directors and stars as part of the ZFF Masters series, and even an international film music competition. Filmmakers are also drawn to the Zurich Film Festival by tremendous networking opportunities. Long known as a vital location in international banking, Zurich draws numerous financiers and venture capitalists with an interest in the film to the festival every year.  This gives film creators and producers the opportunity to discuss projects in a slower-paced, lower stress environment than they’ll find at other high-profile festivals such as Cannes, where whatever business meetings they can schedule are often packed in a back-to-back.  Access to a high volume of equity holders looking for film project investments has made the Zurich Film Festival into a must-stop on the calendar of many filmmakers around the world. But the crowning feature of the festival is the natural beauty of Zurich and its surrounding area. A vibrant, cosmopolitan city of more than 400,000 that’s steeped in history and in close proximity to the both the stunning Swiss Alps as well as the breathtaking beauty of Lake Zurich provides an exhilarating, mesmerizing setting for a festival of film, giving attendees plenty to enjoy beyond the extensive feast of new and exciting cinema. Cannes, Tribeca, Sundance, Toronto, Venice - there are many great film festivals around the world, but any film lover would do well to consider Zurich as a destination for late September.  The setting is unbeatable, the impeccable reputation is well-earned, and the 2019 festival promises to be the biggest and best yet.