Home Blogs Why do people watch the Oscars?

Why do people watch the Oscars? 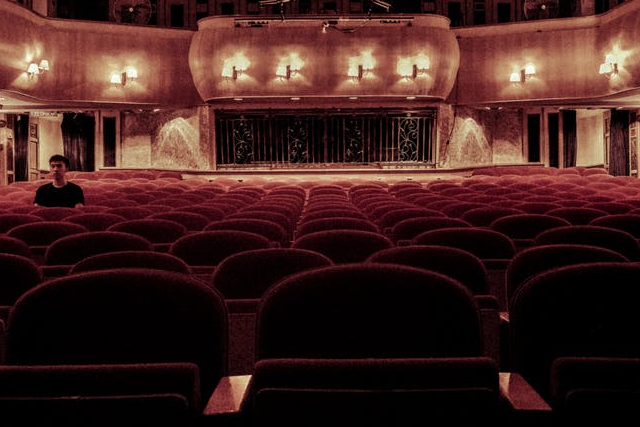 There are a lot of world-known events happening in the USA every year, such as Grammy Awards, the Superbowl, the US Open, and the Golden Globe Awards. However, none of them is as famous and exemplary to the American culture as the Oscars. It is presented every year to recognize excellence of professionals in the film industry. They include directors, actors, writers and film technicians like editors, sound engineers, and music composers. The awards ceremony was first broadcasted on TV in 1953 and is now seen live in more than 200 countries.

Held every year at the Kodak Theatre (renamed in 2012 into the Dolby Theatre) on Hollywood Boulevard, the Oscars ceremony is viewed by millions of people all over the world. The 2014 ceremony, hosted by Ellen DeGeneres, was watched by about 43 million viewers; it was the biggest audience for the Academy Awards in a decade. The 2014 ceremony was even moved to March 2nd, a later date,  as to not clash with Winter Olympics in Sochi. The number of viewers often depends on the type of the films that are nominated, for example, approximately 55 million viewers tuned in to see the crowd-pleasing “Titanic” win Best Picture, while in 2008 only 33 million people watched “No Country for Old Men” (which catered to a more select audience) win the big prize. As a result, the Oscars is also a big occasion for the ad companies. In 2014, the price for a 30-second commercial was about 1.8 million dollars.  The Oscars is the only award that is broadcasted live in all time zones of the USA, while other movie awards like Grammys, Golden Globes or Emmys are televised live in the Eastern and Central time zones only.

For a long period of time only English language movies could be nominated for the award, but since 1947 the new category “Academy Award for Best Foreign Language Film” was introduced, which made the Oscars more popular outside the USA. The statuette in this category was given to European films most of the times.

There is always a big attention paid to the hosts of the Oscars, as they are considered to be one of the ways to attract the potential audience. A record in the number of times hosting the Oscars belong to Bob Hope (18 times); the next one is Billy Crystal (9 times).

We should admit that many people watch the Oscars ceremony even without being interested in films; most of the audience doesn’t even watch any of the films that are nominated. An important reason of the Oscars popularity is the dresses worn by female celebrities. A lot of magazines and channels always pick the best dresses, so it’s an important event not only for those in film industry but also for fashion designers.

There were some very famous outfits that were presented by the film stars at the Oscars. For example, everyone still remembers Nicole Kidman wearing John Galliano’s dress in 1997 that raised the designer’s global profile and introduced haute couture as a new standard for red-carpet success. Another memorable example is (at that time little-known) Keira Knightley who was wearing a Vera Wang dress on 79th Award. The next morning every fashion magazine was discussing the new role model. It is also very crucial for the actresses not to wear identical dresses. To avoid that they begin choosing them long before the ceremony.

Though it is a film award, music is also a big part of the show, as there is a category Best Original Song that is honoring the best songs in films since 1934. The artists who recorded the nominees for Best Original Song quite often perform those songs live at the award’s ceremony, and the fact that they are performing is often used to promote the ceremony’s TV broadcast. Among the most famous performers are Beyoncé, Bjork, Adele, Madonna, Frank Sinatra, Phil Collins and others.

Unlike the Super Bowl, the US Open or American Idol, nothing happens on stage that affects the outcome of the competition—but millions of people still watch the Academy Awards every year. Even the time difference with LA is not a big problem to real the fans of the Oscars (waking up at five in the morning to see the red carpet and the ceremony itself has been my usual tradition for the last 15 years). People love watching it also because of that “Oscars momentum”; it gives them a chance to imagine themselves being chosen as the best in front of the millions of viewers. The Oscars Award is perceived by people as another good example of the American Dream that just came true.

As soon as the ceremony is over, the actors change their dresses and go to the Oscars after-parties. The most popular one is the Vanity Fair after-party, but there are many others; some of them are organized by famous individuals, for example, Elton John or Madonna. And there is always a big discussion about who hosted the best party.

As for the film fans, long before the ceremony they discuss, criticize and make predictions for all the most popular categories.  Next year’s award will take place on February 24, 2019, but some favorites are already being discussed, though the nominees will only be announced on January 2019.

Even though the Oscars is more about the actors, actresses, outfits and their prices than actually the films, it is still the most famous and loved film event in the world. Even the famous Cannes Film Festival, where people actually watch the films and that lasts more than just one night, cannot be compared to the popularity of the Oscars.