Home Blogs Who is seriously being followed? Let’s ask Social ...

Who is seriously being followed? Let’s ask Social Media! 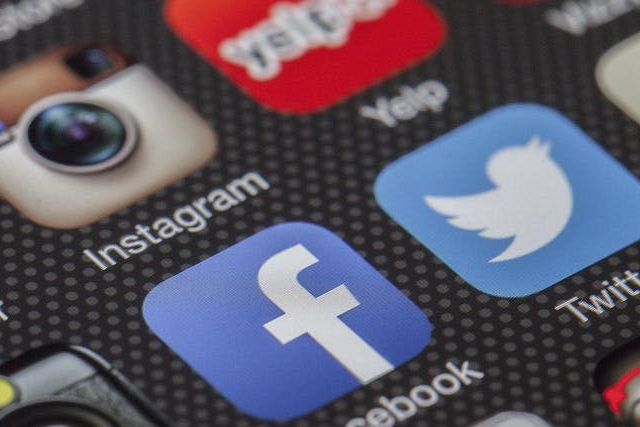 With the buffet of smoldering celebs nowadays, a lot of fans have to keep up showing their love (and support) through Social Media. Let’s take a closer look at Instagram, Facebook, and Twitter to find out who is seriously being followed!

When we compare the life of Selena Gomez over the three platforms she over performs and outsmarts her peers by far! One single post from Selena is worth $550 000 when messaging across Instagram, Twitter, and Facebook. Gomez can charge $320 000 more than her peers (being Kendall Jenner, Kylie Jenner, Rihanna, Beyoncé and Taylor Swift) – as per D’Marie – December 2015.

With a dashing 133 million followers – and counting – Selena becomes the first person to reach the 100 million mark with followers on Instagram. With her natural charm, open and honest posts where she, for instance, leaves mentions of gratefulness for her voice – Selena makes it happen without posting very frequently!

Lots of inspiring sleek fashion selfies and rare spontaneous moments of her romantic life are sometimes posted to her fandom to keep the loyal enchanted followers as her very own crowd.

On Twitter, Selena ranked number 15 however, @selenagomez has the impressive #1 placing on the Actor/Director category on Twitter – top notch!

Apart from Social Media one of the most frequently asked questions are surely “what is Selena’s net worth?” – Well, according to Celebrity Net Worth, April 21, 2017, it was $50 Million.

If you wondered who are second on Instagram – this is Cristiano Ronaldo. Let this sink in because with this placing he is the FIRST guy with a whopping, kicking amount of 121 million followers.

Cristiano mesmerizes his audience with his shirtless, relaxed, tanned poses - as well as picture perfect shots of Portugal’s pride – an inspired team of soccer players who are deeply admired.

On twitter @cristiano has 73.4 million followers in comparison with his Facebook account where he stands on 122.1 million likes placing him FIRST. After Ronaldo, Shakira follows then Vin Diesel, and it is interesting to mention Selena is not under the top 10 on Facebook.

The closing question apart from the breath-taking statistics that Social Media reveals is of course – what is he worth? He is worth the casual amount of $400 million as per update in June, 2018.

Social Media teaches us an interesting fact – you simply cream the platform you are most comfortable with.

Let’s look at Ariana Grande who is Third on Instagram with 120 million followers but not under the top 10 when it comes to Facebook or Twitter as @ArianaGrande.

The piercing question that we would want to know - to be able to draw a comparison is – “how much is Ariana’s acting and music career paying”? Well, Ariana Grande earns an estimated $40 million for her hard work and her talent she has nurtured from the age of 8 years old.

She performed in children theatres; later on as an actress on a Nickelodeon show, and amazingly she unleashed her true passion for music – which pays off!

Social Media never lies, the differences of each unique platform tailor the specific celebrity's personality, public portrayal and their method to engage with a wide variety of followers.

It proves hugely beneficial to look at what works for Celebrities and then to identify, copy for yourself, the Social Media channel that will maximize and exploit your talent and message to the world in the most efficient way.

Picking the right platform and being the Brand ambassador you are on Social Media determines if you are truly comfortable in your own skin to successfully connect with the outside world – we’ve learned this from Celebrities.