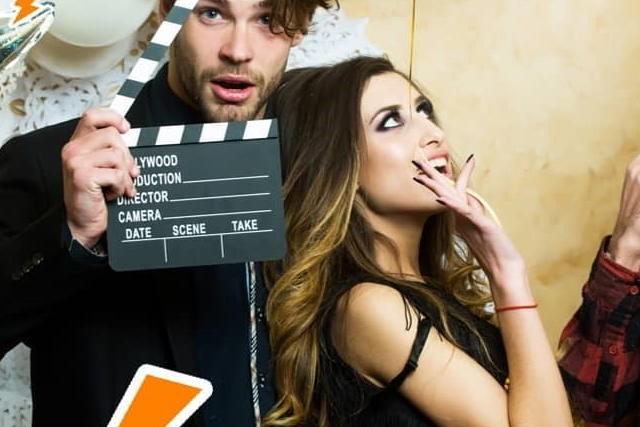 The magic behind every blockbuster movie would not be possible without the guidance and direction of the film director. From choosing the film’s artistic and dramatic aspects, to visualizing and guiding the technical aspects of the production, the director is considered the head honcho of any cinematic production. It is their masterful vision that gives the whole production the push it needs and ensures the delivery of a great final product.

Yet many of Hollywood’s greatest film directors did not immediately sit on the director’s chair. In fact, many of them started out with jobs related to the overall production of the film. Some of them began as screenwriters, producers or even actors.  The experience of working on the sidelines influenced the vision that they incorporate into their movies.

Due to the rather stressful demands of their work, it’s not surprising that directors receive hefty paychecks or even royalties from the films they direct. However, as in any other career, there are directors who earn more than others.

So, here we have compiled Hollywood’s top three richest film directors, whose staggering paychecks would give even today’s richest Hollywood actors a run for their money.

Canadian-born director James Cameron is the force behind some of Hollywood’s greatest films like The Terminator series as well as Titanic and Avatar, which are among the highest grossing films of all time. His interest in the film industry reportedly came after he watched George Lucas’ Star Wars.

One of Cameron’s smartest moves came when he received his largest paycheck from the film Titanic. When the production for the movie went over budget, he offered to pay $8 million of his directing fee and traded it in for back-end profits. This brilliant move placed him in the third spot on the list. The Avatar film eventually went on to contribute more to his fortune.

Considered to be one of Hollywood’s leading pioneers in the New Hollywood era, Steven Spielberg started out as a simple boy with a very big imagination. His interest in film began as a teenager when he would create 8mm short films. Spielberg won his first award at the age of 13 for his 40-minute film called Escape to Nowhere. At the age of 16, he made his first ever full-length feature film Fireflies, which inspired the sci-fi classic, Close Encounters of the Third Kind.

His career in the industry did not start until he worked as an unpaid intern at Universal Studios though. This was where he caught the eye of then vice-president Sidney Sheinberg. As a result, he became the youngest director to be signed up for a long-term contract.

Spielberg’s career eventually took off when his 1975 film Jaws hit the big screen. Several of Spielberg’s films not only became commercial successes but eventually went on to become cult classics. These included E.T., the Jurassic Park franchise, and the Indiana Jones series. Spielberg’s films are known to cover a wide variety of genres and themes.

California native George Lucas, who is the original Star Wars franchise director, is on the top of the list with a net worth totaling $5.6 billion. Lucas initially had his eye on racing cars, but a fatal accident during high school influenced a change of goals. His interest in film began during his college years when he met fellow director Steven Spielberg.

Although his first few films did not garner much commercial success, it was his space opera franchise Star Wars that made him a household name. Not only did Lucas serve as the director of the movies, but he was also the writer and the executive producer. Lucas eventually went on to establish his very own production company, Lucas film Ltd., which he sold to Disney for a whopping $4.1 billion in stock & cash.

While these directors enjoyed great financial and professional success, they did not just come into the spotlight overnight. These visionaries of the entertainment industry have given us an in-depth look into how movies are creative works of art. Their accomplishments as film directors are attributed to the fact that directing is not merely about the money, but is all about giving moviegoers and television viewers more than just something good to watch.