Home Blogs Ten Celebrity Women Who Launched Their Own Beauty ...

Ten Celebrity Women Who Launched Their Own Beauty Lines 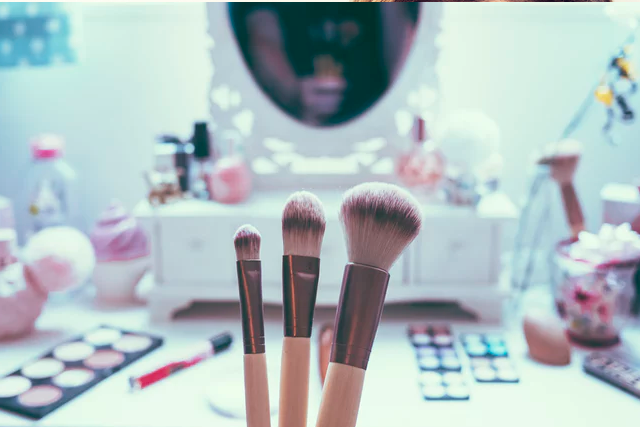 It should not come as a surprise when a famous female celebrity decided to open her own beauty line. These women became successful in their chosen profession, and they now want the challenge of achieving success in another art form.

Here are ten women who have opened a successful beauty line.

The nine-time Grammy Award winner launched her Fenty Beauty line after two years of planning in September 2017. Rihanna emphasized diversity throughout the advertising buildup prior to launch, featuring 15 models of color – including Muslim model Halima Aden, hajib and all – in her campaign. Rihanna emphasizes that her complexion-focused collection is made for women of all shades, cultures, and races.

Clearly, Rihanna isn’t the only celeb who can work on a fashion line; Drew Barrymore launched her very own line, Flower Beauty in 2013.  As the previous face of Cover Girl as well as its Creative Director, Drew Barrymore’s aim is to create high-quality makeup that sells for cheap prices, saying “Every penny we have actually goes into our formula”.  This makeup line, including lipsticks, glosses, eyeshadows, loose powders, mascaras, and nail polishes, is sold at Wal-Mart.

This supermodel apparently has a creative side in addition to great looks; she started her own cosmetics company in 1994 after mixing her own makeups for years.  She has worked hard to grow her company, Iman Cosmetics, which now does over $25 million dollars a year selling foundations, lipsticks, and bronzers.

Specializing in natural makeup and skincare, this former Victoria’s Secret Angel started her own company, Josie Maran Cosmetics.  This company creates a line of makeup and skincare that is eco-friendly, Argan oil-infused, organic, and overall great for your skin.

Already a famous TV star and tattoo artist, Kat Von D. started her own line, Kat Von D. Cosmetics which is now sold at katvondbeauty.com and provides girls and women with high-quality makeup they can use to obtain the classic Hollywood yet glam rock look.

Reality television stars Kim, Khloé and Kourtney Kardashian created Kardashian Beauty with the goal of sharing their access to luxury beauty products to their millions of fans. Every product in their beauty line has been tested and approved by all three sisters. A year ago, Kim branched off with her own makeup line that sold out its initial 300,000 allotments of kits within three hours of release.

Sharing her flawless Latin beauty, Salma Hayek began her skincare and makeup line called Nuance.  Her brand is high-quality, affordable, and she took a large role in actually developing and testing the products herself.

The Golden Globe-nominated actress started her Honest Beauty brand in October 2015. Like Rihanna, Alba created her comprehensive line of skincare and makeup products with an eye toward catering to a diverse customer base. A portion of the company’s profits supports Code.org to create a high school AP computer science curriculum focused on young women.