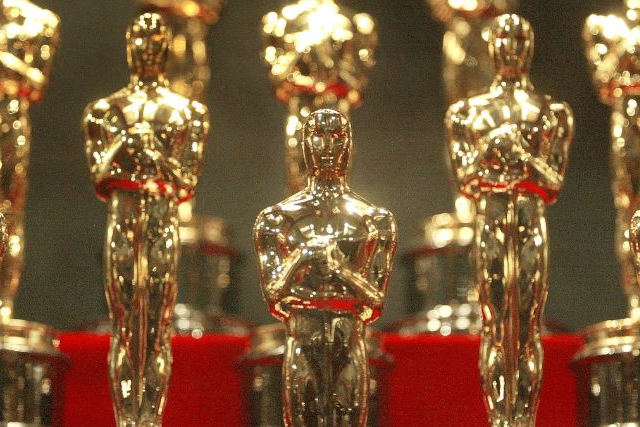 Academy President John Bailey was joined by Tiffany Haddish and Andy Serkis to reveal the nominees in 24 categories.

Guillermo del Toro’s “The Shape of Water” continued its awards show streak, leading the pack with 13 nominations. “Dunkirk” followed behind with eight nods and Martin McDonagh’s “Three Billboards Outside Ebbing, Missouri”with seven. All three films earned best picture nominations. The rest of the category was rounded out by “Call Me By Your Name,” “Darkest Hour,” “Get Out,” “Phantom Thread,” “Lady Bird,” and “The Post.”

The Academy Awards, hosted by Jimmy Kimmel for the second time, will air live on ABC on March 4.

So, we would like to share some of our thoughts and predictions in the biggest categories with you.

Let's start from the most anticipated category, Best Picture, here are the nominees:

“Call Me by Your Name”

“The Shape of Water”

If there was a category called “Fans Favorite" Call me by your Name would definitely win it. The touching story of two guys in love was adored by literally everyone, but ...... we doubt the academy members will be as emotional as the public, so we are afraid the movie, in spite of having a couple of nominations, won't win anything.

Most of the films in this category have great cast and cinematography but the Academy needs something else and that is either The Shape of Water or...most likely Three Billboards. The first one is very timely; you watch the movie and it laterally has everything in it: from love to family. The main theme of the movie is hope, we all need. But when was the last time a fantasy film won the Award? Lord of the Rings?? Yeah, long time ago.... So, our bet goes to “Three Billboards Outside Ebbing, Missouri” – great story, great cast and director, - everything the Academy loves.

Timothée Chalamet, “Call Me by Your Name”

Daniel Kaluuya, “Get Out”

Once again everyone loved Timothée Chalamet and, indeed, being so young he showed such a great acting at “Call Me by Your Name” that it reminded us of Abigail Breslin who was even younger when she was nominated long long time ago.  But just like Abigail did not win, we doubt Timothée would do it either. Sorry, too young. Unlike most of the years, when there is one big favorite, this year there is none. Every single performance is worth winning the award but there is one detail:  “Phantom Thread” is the last film of Daniel Day-Lewis EVER!!! Will the Academy take this into account? We think so.

Sally Hawkins, “The Shape of Water”

Oh man, so many wonderful performances from women this year. Can they give the statuette to all of them? Perhaps no. So let’s have a look… We think people are no longer surprised to see Meryl in this list, every movie she makes almost always leads her to the nomination, but not always she wins it and, in spite of doing a great performance in The Post, we do not believe that the Academy will give her another statuette. She already has a lot! Margot Robbie is very very very good in I, Tonya, but the movie is not very “Oscarish.” I can’t remember when was the last time a comedy-drama film actress won the Award, so sorry Margot, but no…. Sally Hawkins showed a very good acting in The Shape of Water, but we felt like she plays similar characters in every movie: rebellious, often with some physical or problems, so we are afraid this will affect the choice of the Academy.  Both Saoirse Ronan and Frances McDormand were TERRIFIC in their films and we loved them both so much that we cannot choose who our favorite is. It will be a very difficult decision for the Academy, as both of them won at the Golden Globes and both films are so timely.

“Get Out,” Jordan Peele

The real competition is between Guillermo del Toro and Greta Gerwig. Greta is a great actress and now a wonderful visionary and this year when everything is so focused around women at the film ceremonies that she, as well as her film, have an extra bonus here. However, Guillermo del Toro is already a veteran of the Oscars and we believe it’s time for him to finally win. The Academy will definitely take this into account and we already see him holding the statuette and saying that Greta deserved it more than him… Guillermo is always too nice.

One of the biggest disappointments this year for us is the fact that the German film Aus Dem Nichts that won the Golden Globes is not even nominated for the Best Foreign Language Film category, which leaves us with no doubt now that the Russian Film “Loveless” will win, in spite of the fact that this category is full of very topical films.

Please, share your thoughts with us. What do you think???