Home Blogs Nine of the Most Haunted Locations in America

Nine of the Most Haunted Locations in America 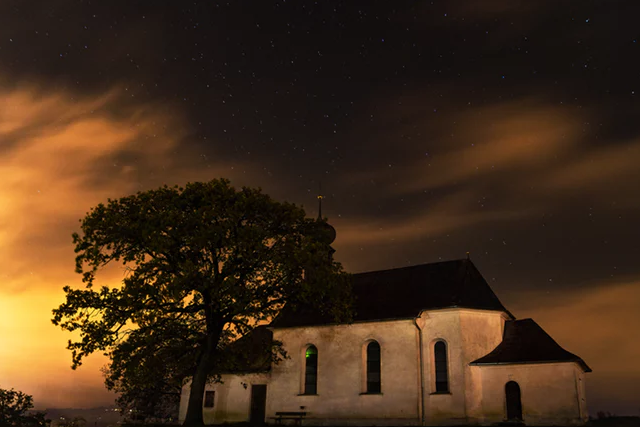 If you’re a thrill-seeker on the look-out for a haunted adventure, here are nine spots you’ll want to add to your bucket list…

Guests have reported sightings of raw meat hung from a chandelier in room 210 and the cries of infants coming from the basement, terrifying staff. Male guests beware - the ghosts of two women, reportedly thrown from an upstairs window, attempt to asphyxiate men in their sleep.

Over the span of the 3 day battle 50,000 lives were lost, making the Battle of Gettysburg one of the bloodiest in American history. Tales of wandering soldiers haunt the field to this day.

This is said to be the home of at least 12 ghosts and one of America’s most haunted sites. It was built in 1796 over an Indian burial ground. One of the popular stories involves a murdered slave girl, Chloe, supposedly photographed in 1992 during an assessment. That’s not the only ghost to turn up in photos there…

Roanoke is referred to as The Lost Colony. It was first settled in 1587.  The leader went back to England for supplies, and when he returned in 1590, the settlement was deserted, and no one knows what happened to the people that lived there. All they found was the word Croatoan carved into a tree. Ghost stories have popped up all around this area in the years since…

In 1997, thirty nine members of the Heaven’s Gate cult died in a mass suicide and they drank poisoned juice and went through a ritual, dressing in black and having a purple cloth laid over them. They each had $5.75 in their pocket, as a toll for aliens they believed were passing over earth with the Hale Bopp comet that would rapture their souls to Heaven. The mansion became a tourist location, and stories abounded. The house was eventually torn down, and even the street name was changed.

New York City is host to a number of high profile haunting, but none are quite as compelling as the story of The Dakota. The famous Upper West Side apartment building was constructed in the 1880s. It’s best known as the location of John Lennon’s grisly murder in 1980.

The exclusive residence is haunted by a number of former inhabitants, including a little boy and girl, a crying woman, and even the Beatle himself. The Dakota was also used during the shooting of Rosemary’s Baby, and residents have reported a number of creepy coincidences related to the horror movie.

The RMS Queen Mary is a sprawling ocean liner that operated off of the East Coast from the 1930s to 1960s. In that short period of time, the ship garnered an infamous reputation for its ghostly inhabitants. It’s reported that as many as 50 people have been killed aboard the liner, and up to 150 individual spirits are known to roam its fearsome halls.

Room B340 is known as the Queen Mary’s most haunted guestroom. The quarters were shut down after people complained of flying sheets, self-operating faucets, and the unwelcome ghost of a murdered gentleman. For lovers of the paranormal, the historic ship still operates as a hotel and haunted tour site out of Long Beach, California.

The West Virginia State Penitentiary is now a tourist attraction, but back in the late 1800s through 1995, it was home to thousands of the country’s most dangerous criminals. Nearly 40 murders took place in the prison during its tenure, and over 100 inmates were executed via hanging and the electric chair up until the 1960s.

After a high profile prison break and riot, the Penitentiary was officially closed when its tiny cells were ruled inhumane. Today, haunted tour visitors report scary noises, cold spots, and the apparitions of past inmates.

Madame Delphine LaLaurie was an aristocrat and serial killer living in pre-Civil War New Orleans in the late 18th and early 19th centuries. As a prominent socialite, the evil LaLaurie got away with the gruesome murders of a number of African-American slaves. While living in her mansion in the heart of the Big Easy, she bound and tortured them in the attic.

When the public discovered her deadly secret, the LaLauries were forced to flee to France. But the house in which she performed her homicidal deeds remains a hotbed of paranormal activity in one of America’s most haunted cities.