Home Blogs European Festivals You Should Not Miss

European Festivals You Should Not Miss 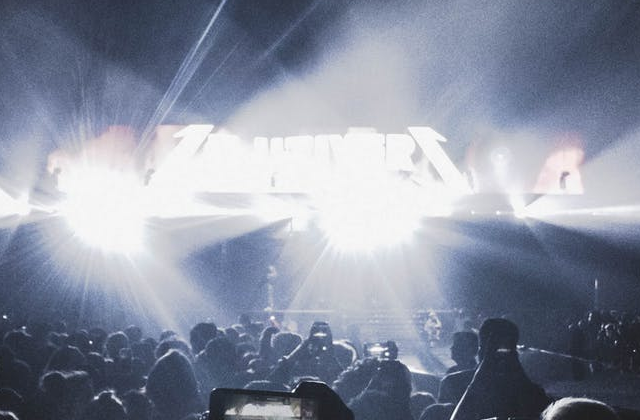 Summer is almost over, but that doesn’t mean the fun is over. Festival fans, there are still plenty of exciting festivals and events you can’t afford to miss. We have made a small list of September and October events you should attend.

Lollapalooza is a two-day mega music festival held on Olympiastadion & Olympiapark Berlin. This year the festival lineup is impressive: Scooter, Alan Walker, Kings of Leon, Rita Ora, Hozier, Khalid, Kraftklub and many others. The atmosphere is great and the tickets are not crazy expensive: general admission passes start at $340 plus taxes.

Outlook Festival is a bass music festival that started as a subsidiary of Leeds event, Sub Dub. It takes place in in the city of Pula, in Croatia from Wednesday, September 4 until Sunday, September 8, 2019. This year, you can listen and dance to: Chase & Status (RTN II JUNGLE SET), Bugzy Malone, Calibre, DJ ZINC, Flava D, Ghetts, Goldie (LIVE), Holy Goof, Kabaka Pyramid, Mala, My Nu Leng& Dread MC and a lot more.

Into the Woods Festival  is a multi-genre electronic music festival held in Amersfoort, Netherlands. The setting of the festival (in the woods) gives it a fairytale vibe. If you are an electronic music fan, you must buy tickets to see Juan Sanchez, Abstract Division, Adriatique, Alan Fitzpatrick and more.

If you are not so much into music but you love to mingle into big crowds of people having fun, drinking beer and singing merrily, then you must attend the Oktoberfest, held in Munich Bavaria from September 21 until October 6.  Every year the festival hosts more than 6 million visitors from all over the world. Locally, it is knows as the Wiesn, after the colloquial name for the fairgrounds, Theresa's meadows (Theresienwiese). The festival has its roots deep into the Bavarian culture, being held every year since 1810.

Festes de la Merce: 21-24 September 2019
If you have planned a trip to Barcelona in September this year, make sure you don’t miss the Festes de la Merce Festival, an event that honors the Patron Saint of Barcelona, Mare de Deu de la Mercè. If you want to say good bye to summer in a Spanish way, you should attend the festival and enjoy the famous Spanish artists (singers and dancers) performing live, the Giants parade, the projection show, the Correfoc - Fire Run and the Castellers.
Of course, these are just a few of the great events that you can attend this autumn. There are plenty of amazing festivals held all over the world: Great Cornish Food Festival in England, Paris Nuit Blanche in France, CAFe Budapest Contemporary Arts Festival in Hungary, Amsterdam Dance Event in The Netherlands, and more. Get your tickets now.

To find out more about different ways to enter the entertainment business world, enter our creative talent network.