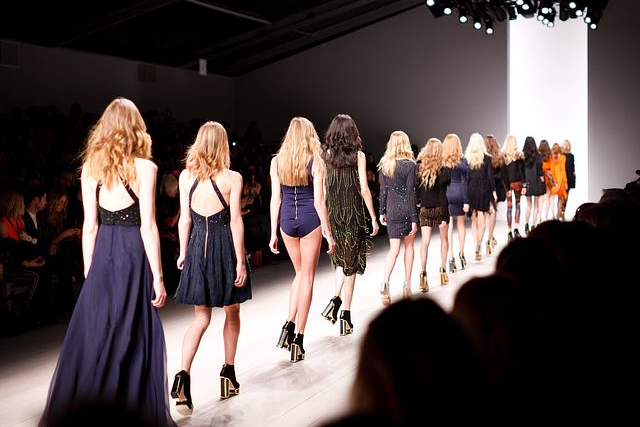 Hollywood glamour is all about fashion, style, and panache. There are the elegant, the flamboyant, the stylish, the spirited and those with flair. So why are some celebrity fashion lines successful while some are not?

Experts say those who don’t make it simply don’t have the “eye” of a fashion designer. Being a celebrity, their accomplishments in the world of acting or singing doesn’t always translate well in retail sales. You have to be able to offer the consumer something unique, yet something that is celeb-branded, something they want. Better still, you have to give them what you want them to have!

Critiques say that the simplest and least expensive way for a celebrity to try their hand at the fashion industry is by introducing a jewelry line.  Those who have met success in this market tend to add the fashion line soon afterward. This may be true in many cases, but not in all. Let’s look at some of the celebrity-turned-fashion-designer success stories.

Adopted daughter of famous singer Lionel Richie and singer/actor/author/TV personality (The Simple Life) and fashion designer, a success in her own right, added over 3M to her net worth, first by introducing the House of Harlow 1960 collection, followed by her designer fashions 4 years later.  Her net worth is estimated to be over 10M.

Let’s not forget the boys! Singer and now fashion designer Justin Timberlake partnered with his best friend Trace Ayala to create their clothing line, William Rast. Once the verge of collapse, the Rast apparel line, best known for its jeans, now takes in over 50M annually. Justin’s line is available at Lord & Taylor.

Gwen has found her niche in sexy shoes, boots, watches, bags, fragrances and women’s and children’s clothing. Her fashion line L.A.M.B, named after her solo album (Love.Angel.Music.Baby) has received heavy criticism when it first debuted but now rakes in over 90M a year. Check out her Harajuku Line of iPhone clutches, sweatshirts and accessories. Her eclectic shoes are available at Zappos.

Former Spice Girl, Victoria Beckham was named “Designer of the Year” in 2011. Her exclusive line of handbags and dresses sell for $600-6K dollars, generating 95M in sales annually. The use of snake and croc skins and the soft, flowing look get a lot of runway criticism, but with the numbers being what they are, people are obviously voting with their wallets and not their feet!

P. Diddy is rapping his way all the way to the bank! With over 250M in sales annually, his men’s attire line has gone viral since its introduction in 1998. His net worth is now over 550M, naming him one of the Top 5 Wealthiest Hip Hop Artists, with Forbes naming him one of the #2 Wealthiest African American, second only to Oprah. His portfolio is quite diversified, including a record label (Bad Boy) and private label vodka (Ciroc).