6 Reasons We Can’t Get Enough of Amy Poehler 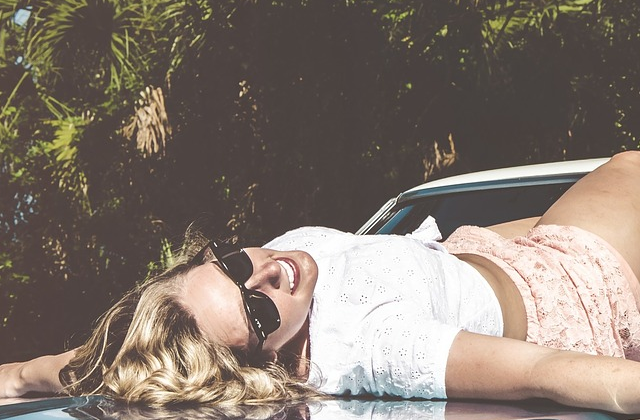 Poehler taught girls all over the world the valuable lesson that girls can succeed in anything they pursue, including entertainment business, while still retaining their, well, personality. She makes being famous, funny, and smart just so effortless. Her success on Saturday Night Live as both a writer and performer has led to a television series and a few movies, all of which end with a positive message for girls who dream of a successful entertainment career.

Ever heard of Amy Poehler’s Smart Girls? If not, you’re missing out. It’s an online community/social networking site dedicated to letting girls (of all ages) know that the world will change for the better as they continue to let their true colors shine through. There’s even a summer camp in Texas, and it is now going online as well to include a larger number of girls. What an awesome organization she has created!

The characters that aren’t meant to be satirical (like the mother she played in Mean Girls), that is. For example, her character Leslie Knope in Parks and Recreation basically runs her entire department and she places her own wants and needs before her potential relationships. She also managed to make a strong work ethic look appealing, which is an uncommon characteristic in any television show revolved around the workspace (except maybe Dwight Schrute in The Office).

Do we even need proof for this? This woman has flawlessly written and executed some of the most painful laughing fits we have ever experienced, like when she was 9 months pregnant and performed the Sarah Palin rap she had written on SNL. Or the time she and Tina Fey hosted the Golden Globes in 2013 and were so funny they were asked to host it again…and again. Even her book Yes, Please is chock-full of gut-busting laughter.

Like the time she told us (and her smart girls): “Girls, if a boy says something that isn’t funny, you don’t have to laugh.” Or that other time she opened our eyes about the incorrect stigma of the word bossy – “I just love bossy women. I could be around them all day. To me, bossy is not a pejorative term at all. It means somebody's passionate and engaged and ambitious and doesn't mind leading.”Poehler is just brimming with meaningful life lessons for us to devour one soulful morsel at a time.

All too often, we get caught up in the glitz and the glamour that we forget celebrities are real people, too. She admits in her book Yes, Please that she grew up with an evil monster in the mirror telling her she was too this, too that. Her honesty about the hectic nature of her life is refreshing; especially in a façade-driven world that celebrates the mystique of celebrity life. Poehler shows all that her life is like most of ours – she has a job, she has two children, and she is a woman faced with the same demons that all of us face from time to time.