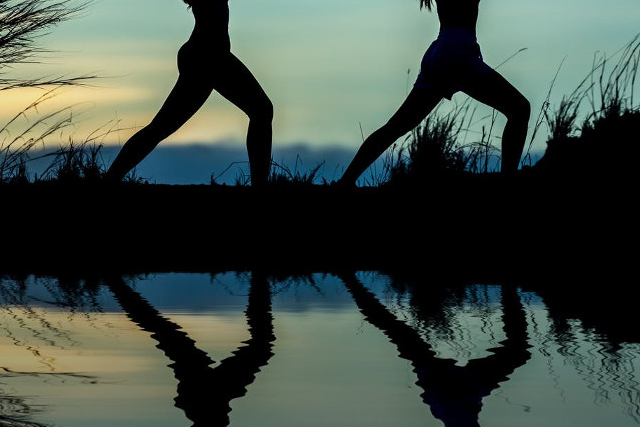 Some of the most beautiful women in the world admit to having unhealthy habits and a dislike for exercise. Next time you’re working out and feel like you’re getting nowhere, take heart – even celebrities have their bad days.

Known best for her role as Elle Woods in the blockbuster Legally Blonde movies, Reese Witherspoon is the epitome of cool glamour. Whether she’s snapped stepping out at a Beverly Hills shop or strolling down a red carpet, Reese always maintains the ultimate look in fitness and style. Her shocking confession makes you wonder how she looks so fantastic. She hates going to the gym.

With her exotic Brazilian looks, Adriana Lima took the world by storm as one of the most famous Victoria’s Secret models ever. The brunette superstar was a spokes model for Maybelline from 2003-2009, and her slender 1.78-meter frame is admired by women the world over as one of the best bikini bodies.

Adriana confesses to working out intensely only before one of her shows, consuming a liquid-only diet – and not even that 12 hours before a show! However, her admission puts her a bit more in the realm of a normal lifestyle.

"It's not that I do crazy diets throughout the year. I just do it for this particular thing. After this show, I become normal again!"

The Hunger Games star is so fit, you would imagine that “hunger” is a fact of life for her. The immensely popular movie series sees Jennifer fighting for her life in physically intense scenes that require stamina and peak health. Her confession, then, is surprising in that she hates diets. Her favorite fare – pizza and French fries.

"I hate saying, 'I like exercising.' I want to punch people who say that in the face. But it's nice being in shape for a movie, because they basically do it all for you. It's like, 'Here's your trainer. This is what you can eat. I do exercise! But I don't diet. You can't work when you're hungry, you know?"

In 2005, Jessica Alba was named one of People Magazine’s 50 Most Beautiful People, and two years later, FHM honored her as “Sexiest Woman in the World.” The actress, first famous for her role in Dark Angel when she was still a teenager, is famed for being humbly unaware of her stunning looks. Despite her athletic frame, she’s confessed to hating exercise, finding it to be boring.

"I just never seem to make it a priority. I'm not crazy about working out in general. I think it's really boring."

A relative newcomer on the scene, Emma Stone started acting at a very young age. With her shiny red hair, sparkling green eyes and cute, button-nosed face, Emma first shot to stardom as confused teenager Olive in the movie Easy A. The Arizona-born actress maintains a trim figure but admits how she keeps it causes her rage.

"Running is bad for your knees and I like to do things I actually enjoy, like going for a swim. I had a trainer during Spider-Man and I discovered I have deep-seated rage when I'm holding heavy weights over my head. Whatever dormant anger I have in me, that's where it comes out."